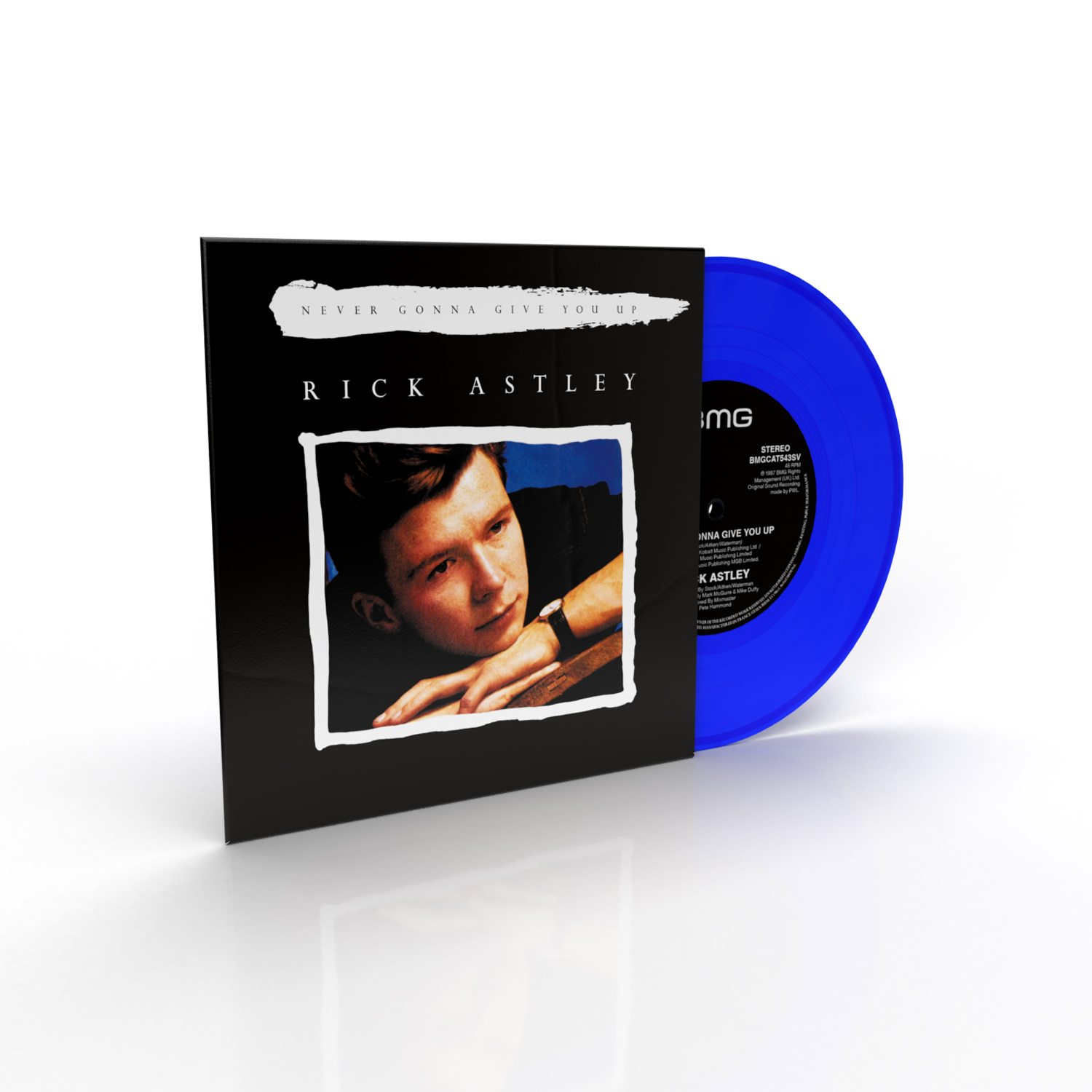 Never Gonna Give You Up Blue 7-Inch Vinyl (Signed)

How many songs are there that have become iconic in two different eras? Rick Astley’s global cultural phenomenon ‘Never Gonna Give You Up’ is one of the most definitive examples. It was an absolute smash hit when Rick first released it as his debut single back in 1987, shooting to #1 in 25 different countries including five weeks at the top of the UK Singles Chart, and reaching Gold status within weeks.

Then in the internet era it took on a new life of its own. An unlikely blend of classic songwriting, a meme-worthy video full of ‘80s fashion and killer dance moves, and the emergence of Rickrolling established it as a rare viral sensation that people just don’t get bored with.